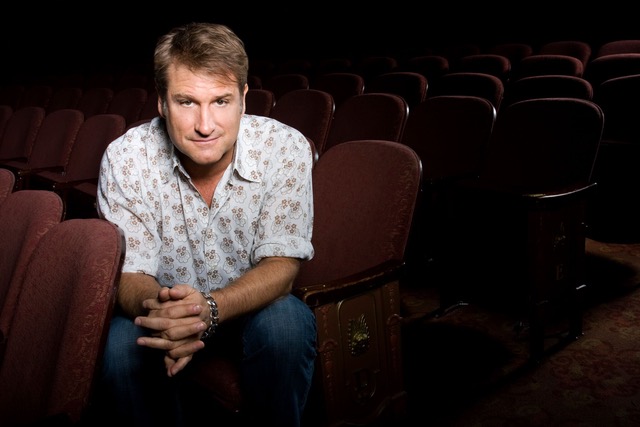 Pound Ridge Culture Quest  a new series featuring professionals from all disciplines: writing, visual arts and the performing arts welcomes Jeff Calhoun, Broadway Director and Choreographer.   When considering the current theme of the series, “How I Got Here,”  Mr. Calhoun told us,  “There are as many paths to becoming a Broadway director as there are Broadway directors.  I was as happy sitting in Three River Stadium watching the Steelers dominate the 1970s as I was sitting in our living room watching Top Hat or The Band Wagon on TV.  It turns out that ducking to avoid a harsh tackle wasn’t the correct instinct for my high school quarterback career.  However, Ann Miller did need a dancing partner for her production of Anything Goes so, at sixteen, my professional career in the theater began.”

Mr. Calhoun’s  professional career in the theater is reflected in his numerous successes on Broadway.  He has received several Tony Award nominations for Best Director, including NEWSIES,  GREASE for Best Choreography and BIG RIVER for Best Revival of a Musical.  Mr  Calhoun is an associate artist at The Ford Theater in Washington, DC.  He also serves on the Board of Directors for Covenant House International.  He recently directed and became an Emmy Award contender for  A NIGHT OF COVENANT HOUSE STARS on Amazon Prime.

Please join us in the second of our new Culture Quest series on November 18 @ 7:00pm

To join, please RSVP below.  You will receive the Zoom link approximately one hour before the program.

+ Google Calendar+ iCal Export
Tickets are not available as this event has passed.

Sign up to receive the latest news and events from Pound Ridge Library.
Copyright © 2020 · Site by Peaberry Web